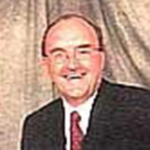 Jacques and the 87 year old patient he was transporting to hospital drowned when the ambulance he was travelling in was struck by an impaired driver and plunged in the Lievre River. His partner barely escaped. Jacques was 54 and was also a long-standing Mayor of Ferme-Neuve. He was married and had one son.